Life in the city, right in the thick of it. Different people and cultures live side by side, with different daily rhythms, different music, different family structures. Even the architecture itself is a reflection of this diversity: closely spaced rows of houses and obstructed views alternate with open squares and expansive vistas, stone rubs shoulders with greenery, little terraced houses stand shoulder to shoulder with tower buildings. A place for individualists.

Densely populated downtown areas are enjoying a new wave of popularity – especially with singles. At the same time, conventional layouts with 2 or 3 rooms plus kitchen, hallway and bathroom are being called into question: the kitchen is oft en long and thin, the bathroom a run-of-the-mill affair in which the usual suspects – washbasin, bathtub (with shower enclosure) and toilet – are lined up against the tiled walls. Our habits have changed: we want more open rooms that feel spacious even if they’re not particularly big, and more flexible zoning. Rooms are being given new functions, the walls between the kitchen and living room are opening up, and more and more desks are moving into the abandoned or hitherto unoccupied room that was originally earmarked for the children. Space becomes particularly desirable when it is in short supply, and residential capsules with a purely functional design will be rejected by anybody who wants to give his personality room to unfold. A studio that merges life, home and work is becoming the epitome of contemporary interior culture. With a little luck, those in search of something special might find a loft or a disused commercial building with a factory feel, with huge rooms and big windows. And with at least one room that has enough space to let off steam, where the individual pieces of furniture double as structuring elements and walls or can be combined to create island-like arrangements. And there’s bound to be a corner for the bed somewhere – the main thing is that there’s enough space for cooking, eating and partying. And for bathing and relaxing too, of course, with a reading corner and a place for primping. And with plenty of space for trying on clothes, maybe even with a friend, as you listen to loud music and dance like a dervish. There’s nobody to complain, so who cares? 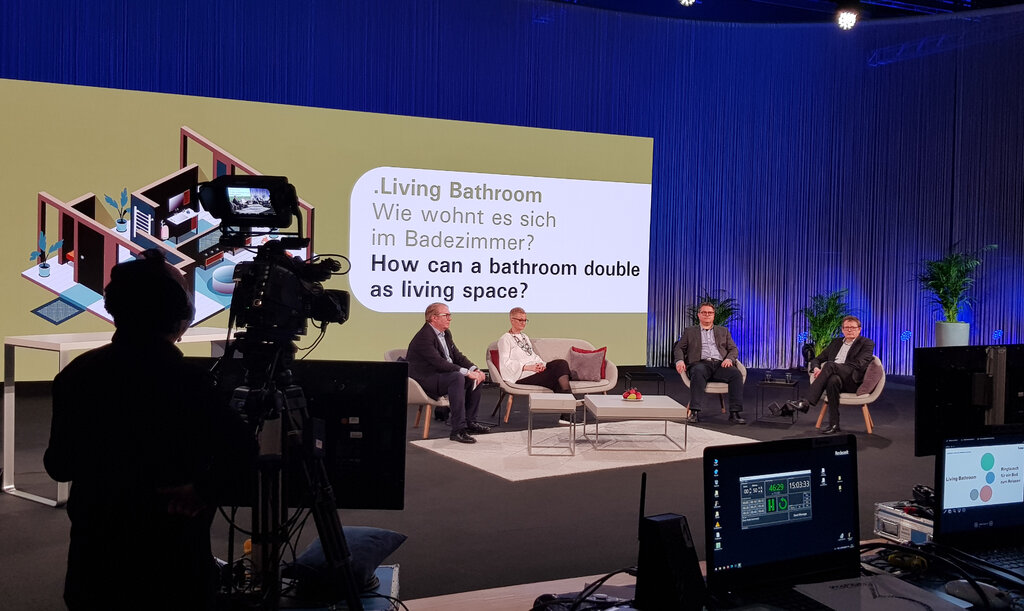 Living Bathroom: How can a bathroom double as living space?

On the final day of the ISH digital 2021, the programme focused on the Living Bathroom trend, a which has been in evidence at the ISH for some years. 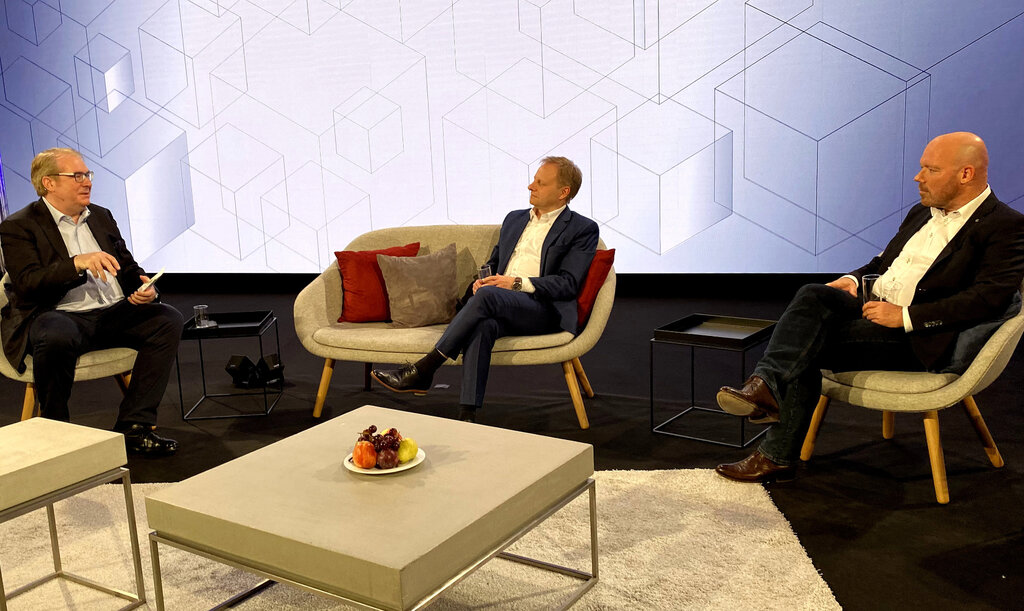 Bathroom refurbishment: How well prepared are we for the renovation wave?

The renovation wave is in full swing. But how do handicrafts, trade and industry deal with it? VDS managing director Jens J. Wischmann speaks about this with his guests in the Pop up my Bathroom magazine on the subject of renovation. 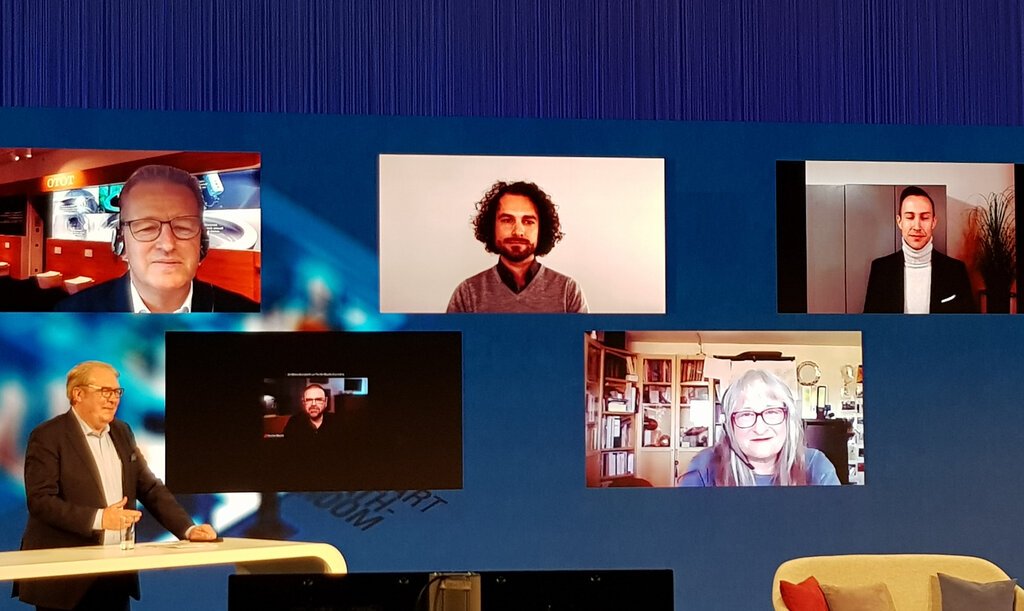 Smart Bathroom: What does the bathroom of the future look like today?

The topic of the Smart Bathroom is not so much about individual products, it is more about an intensive experience of the bathroom. 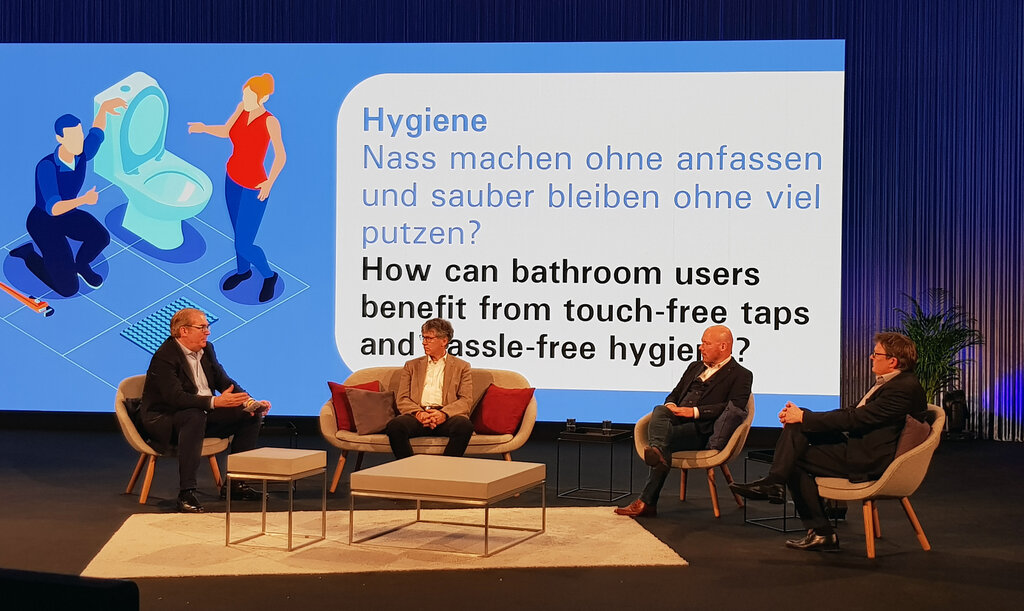 Hygiene: How can bathroom users benefit from touch-free taps and hassle-free hygiene?

What does modern hygiene in the bathroom look like? That was the topic of the Pop up my Bathroom Magazine programme on the second day of the ISH digital 2021.