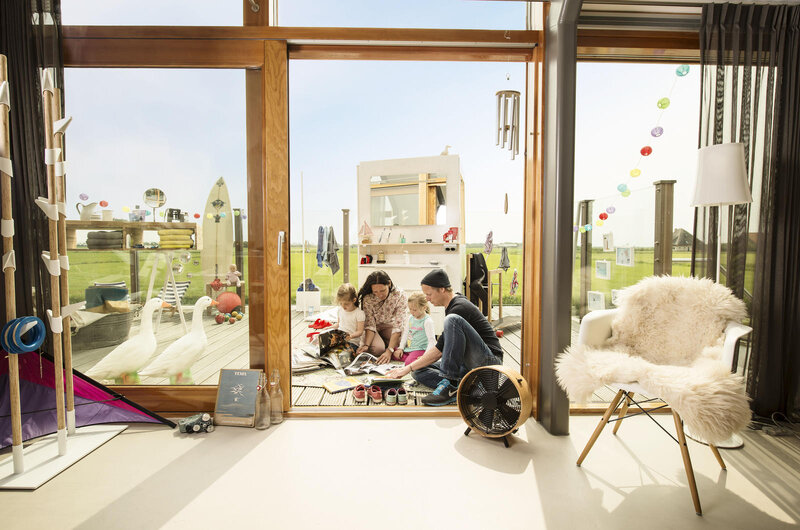 When several people live together, the bathroom becomes a place of communication. Plenty of space and multifunctional elements like walk-in showers or double vanities are a great way of bringing structure to the chaos.

When several people live together, the bathroom becomes a place of communication – especially when it is where several generations begin their day, learn and practise rituals, take care of one another and all have to make compromises in order to get along. As a rule, this usually means couples or families with children, but it could also mean families who live together with care-dependent relatives.

In busy families where everybody has his or her own life to lead, the kitchen and bathroom are oft en the last remaining spaces for shared rituals and occasional gatherings; they are where we talk about how the day has gone and any problems that might be troubling us. More than anything else, the sanitaryware and furnishings in this kind of “Busy Bathroom” have to provide space and scope for improvisation. Here it’s not so much perfect styling that matters as the ability of the space and its occupants to tolerate the inevitable chaos. Th e equanimity to let things take their course and “clear the decks” aft erwards is a particularly useful asset for anyone who lives with children. So as to structure the chaos, multifunctional elements are a great help. Th ey can take the form of walk-in showers, splash-proof bathtubs that can endure skylarking without fl ooding the fl oor or double vanities that are the right height for everyone and accessible from all sides. Anybody with enough space is well advised to plan zones for diff erent activities that can be undertaken simultaneously. Th is mainly means thinking about the toilet, but it could also mean creating a washing area with a corner for the parents (or alternatively one specially for the children), a bathing and dressing zone separated off by pre-wall elements or shelving, or even a spacious splash-proof shower alcove. If there is room for plenty of storage space – ideally, every person who uses the bathroom should have their own storage area – plus a little space for snuggling up, the Busy Bathroom becomes a place of intimacy where the family can experience a sense of togetherness and security. 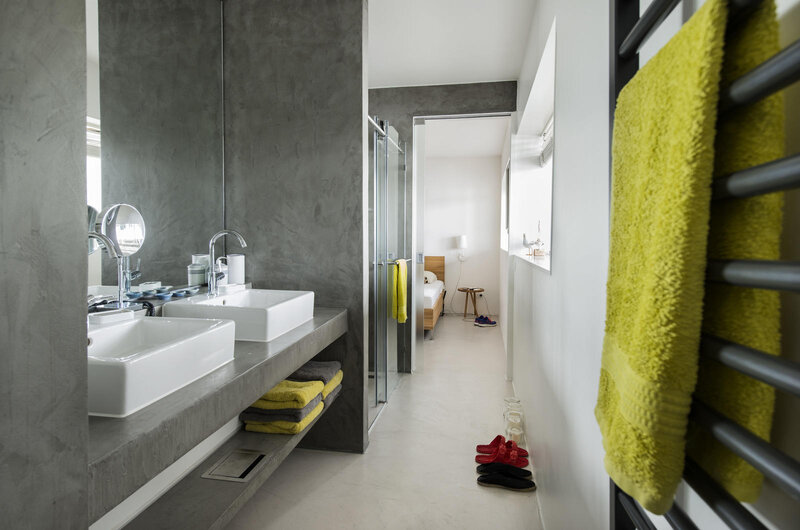 Whereas it used to be common practice for several members of the family to use the bathroom at once, today the norm is for mum, dad and their off spring to occupy it individually – especially at rush hour, when it’s even more in demand than usual. And yet they actually only end up making life diffi cult for one another, complaining about the others taking too long, the shortness of their own slot or the annoying signs of usage left behind by a previous user who was so rushed he didn’t have time to clean up aft er himself. Arguments are inevitable. In the end, the daily bathroom routine becomes an exchange of accusations rather than a gentle start to the day, and even in the evening, when the bathroom ought to be a place to relax, there’s more recrimination than regeneration going on.

Whether the desire for strict privacy is a side eff ect of affl uence or merely the logical result of individualisation – the fact remains that anybody who can’t aff ord or doesn’t want a second bathroom ought to make sure he masters the art of getting all users processed according to schedule. But since such effi ciency usually falls victim to reality, bottlenecks are virtually a law of nature. According to the GfK panel survey regularly commissioned by the VDS (German Sanitary Industry Association), the main reason for early-morning chaos is that the diff erent members of the family all have to leave the house at the same time and there is only one bathroom. And for all their good intentions about sticking to agreements, most people seem to resign themselves to the chaos.

Mindlessly spreading the sanitaryware out along the wall has long since ceased to satisfy the demands of modern bathroom design. It’s even possible to implement level-access showers or position baths and basins in the middle of the room in most bathrooms nowadays. Which is why the analysis and planning of circulation paths should serve as a starting point. Aft er that, it might for instance be possible to create a slightly separate zone for the bath and/or shower at the back of the space available. Th at makes particularly good sense where a long, narrow space can be assigned to the bathroom, allowing the individual zones to be arranged in succession like a string of beads. But a big, open space provides plenty of zoning options too. Half-height or full-height partitions can double as a shower wall, storage space or washing area.

And why should a washbasin always be mounted on the wall? After all, the kitchen hasn’t got a monopoly on the island principle – a watercarrying element that’s accessible from several sides is just as feasible in the bathroom. If the double basin (a must for any busy bathroom used by several people at once) is positioned so that it projects into the room or as a freestanding element, mum, dad, brother and sister can dance around each other as they clean their teeth. Let’s see who’s finished f rst! 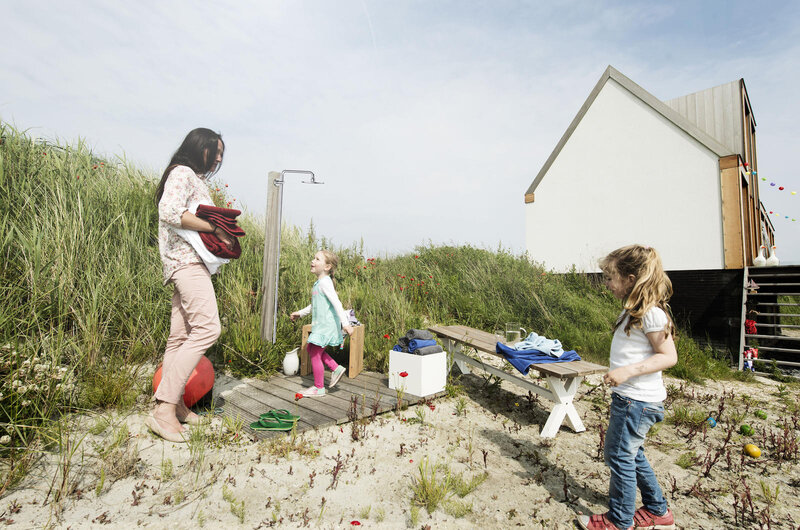 A family bathroom is built tolerance for the inevitable chaos – a place where things can be allowed to take their course from time to time.

My personal needs in the family bathroom