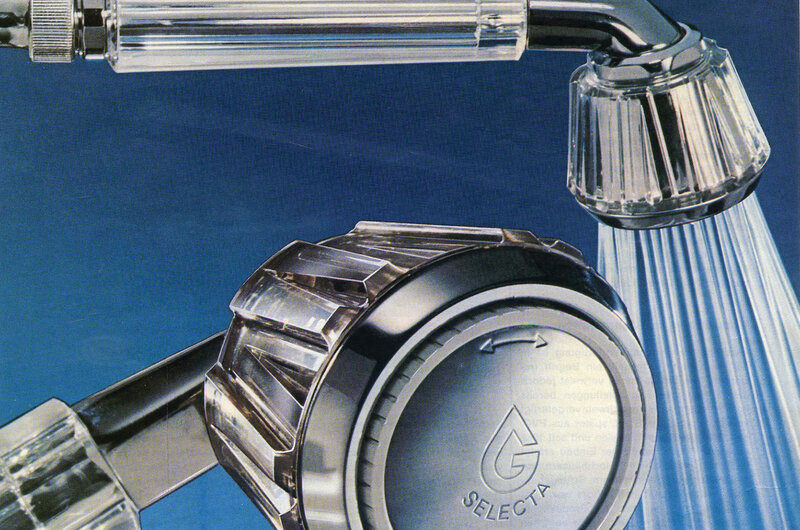 In 1901 master clothier Hans Grohe turned his back on weaving to establish a metal pressing workshop. Although bathrooms in private houses were only just becoming fashionable at that time, he specialised in tin showers and become a pioneer of the sanitary sector, which was still in its early stages of development. Since its beginning, the company Hansgrohe has been characterised by innovative thoughts, which came up with the world's first hand shower with adjustable spray types 50 years ago: the Selecta. 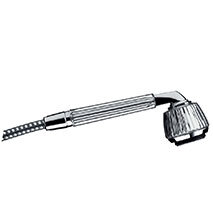 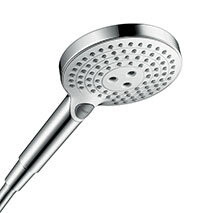 2018: Spray adjustment at the touch of a button: Select from Hansgrohe creates noticeably more ease of use.

By the mid-20th century in Germany, for broad segments of the population it was still sheer luxury to have their own bathroom. Hans Grohe considered the shower an affordable alternative to the bath. Right from the outset, it formed a central part of the product range in his metal pressing plant, being constantly developed further. For example, in 1928 the hand shower and in 1953 the wall bar, to which the hand shower can be attached at any height, are pioneering innovations. For the first time, these sets made it possible for users to shower hands free. Today standard bathroom features, back then they revolutionised shower habits. Then, in 1968 the world's first hand shower with adjustable spray types, Selecta, was developed.

This year the classic becomes 50. It was launched on the market boasting “Guaranteed quality workmanship 100% made in the Black Forest”, and to this day remains the quintessential handheld showerhead. To this day, more than 30 million units of Selecta were sold, surpassing even the VW Beetle, which, having sold 21.5 million vehicles until June 2002, was the world’s best-selling car.

The overall design reflected the taste of the times: geared to deliver the utmost in function and technology, it featured a very technical look with angular elements. For the first time, Plexiglass was combined with the handle and spray head’s chrome-plated parts; the refraction of light created by this modern, shatter-resistant acrylic enhanced the metallic effect. The showerhead allowed the intensity of the spray to be adjusted independently by simply turning the spray head.

The Selecta’s success was due to the construction boom in the late 1960s, which caused sales to skyrocket. In 1968, Hansgrohe sold 70,000 Selecta showerheads; just three years later that number had already jumped to 606,000. Until 2015, Hansgrohe continued to deliver the classic made in the Black Forest to all of Europe, the USA, and even to South Africa.