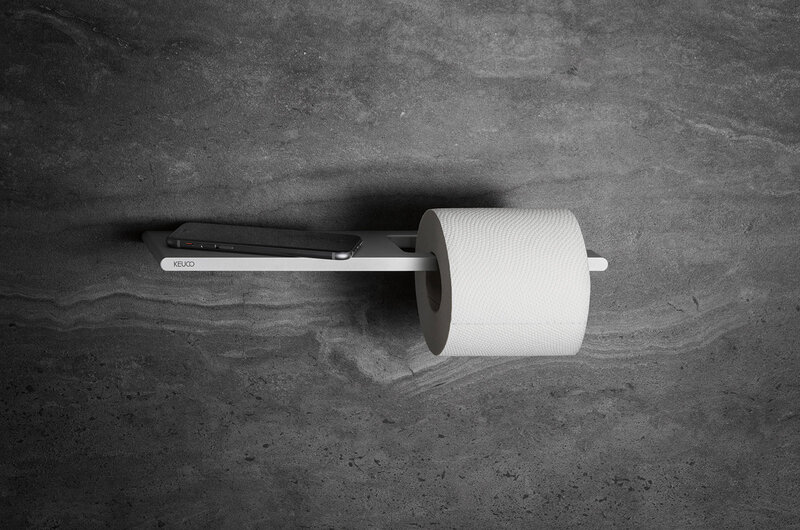 The toilet roll holder as a sign of the times: will its future be electric?

When it comes to bathroom furnishings and accessories, the toilet roll holder is very definitely the underdog – a slightly indelicate but essential background actor, just like its crocheted relative on the back shelf of the family car in the days when gentlemen still wore hats. The only thing that's lower down in the hierarchy is the toilet brush. And yet it reveals more about bathroom culture than any glossy bathtub. Equipped with electricity, it might even get to play an important supporting role in future. Because when it comes down to it, the toilet roll holder is the bathroom equivalent of motorway service stations: something you simply can't avoid. And in view of the new, mobile media people are using, it's the perfect place for a charging station.

As a very necessary accessory, the toilet roll holder has always inspired resourceful home improvement enthusiasts and is available in countless variants and joke versions. In the 1970s and 80s, for instance, models with a built-in ashtray were a common site in many bathrooms and especially public conveniences, at least until smoking in the bathroom became politically incorrect and was no longer compatible with its wellness temple image. In recent years, a trend towards integrating moist toilet tissue has become apparent: today's hybrid toilet roll holder can accommodate both traditional paper and its wet counterpart for those in search of more intensive personal hygiene. The successful penetration of the shower toilet could mean the toilet roll holder will eventually disappear from our bathroom history altogether. But until then, it has a good chance of making a comeback as a convenient shelf (and potentially a charging station) for mobile phones.

Even today, the nonslip and scratch-resistant surface of the Edition 400 toilet roll holder from Keuco provides a handy place to put your precious smartphone. And perhaps the bathroom fittings and accessories specialist from Hemer in North Rhine-Westphalia will go one step further. After all, people spend an average of 40 minutes a day in the bathroom; women take a little more time (47 minutes), men slightly less (35 minutes).

It's actually a great idea – especially as, for many people, using their cell phone on the toilet is just as natural as actually going to the toilet. In the past, it wasn't unusual for people to read the newspaper on the loo.

Nowadays they consult their smartphone instead. Whether you check your emails, call your relatives or play a quick game, there are various ways to make meaningful use of the time you spend on the throne. Even without confirmation from the latest statistics, it seems safe to say that smartphone usage in the bathroom is increasingly drastically. But where are we supposed to put the expensive device while we're dropping our trousers? Falling on hard tiles could spell immediate death for the sensitive gadget. And by the way: it's by no means rare – even if it's rarely admitted – for the precious lifeline to slip out of a trouser pocket and into the ceramic bowl. And that's not much fun either. A toilet roll holder with a sensibly designed shelf on top seems like the ideal solution.

So wouldn't the next logical step be to develop a toilet roll holder equipped with wireless charging technology? That would turn the humble object into a media hub. Although as with a shower toilet, it would mean you need a power supply. Still: the combination of the two would be well worth renovating the bathroom for! 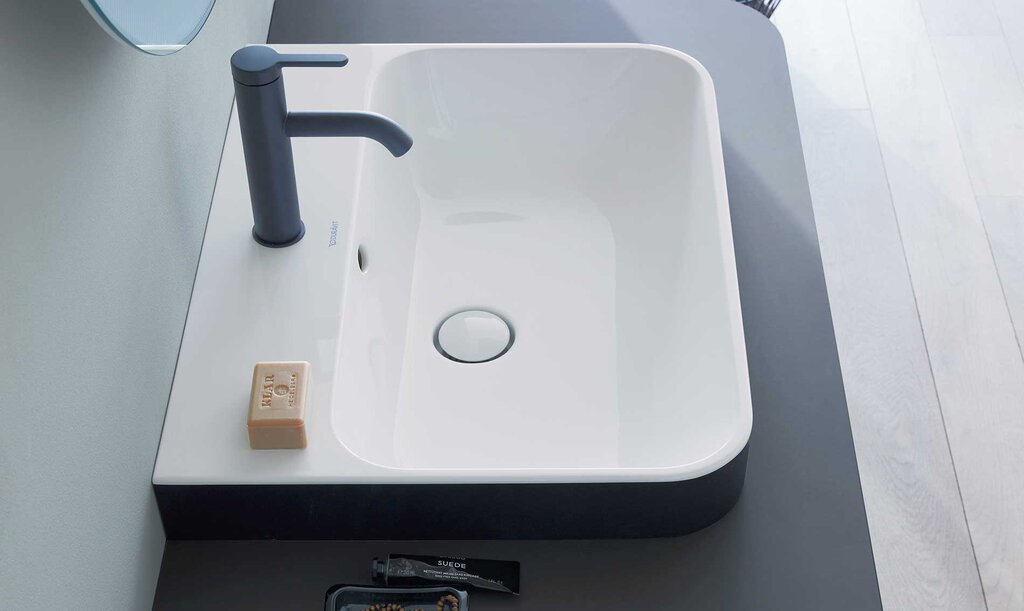 The trend towards matt surfaces is expanding the range of products offered by the manufacturers and it offers bathroom planners additional possibilities in the design of the bathroom. 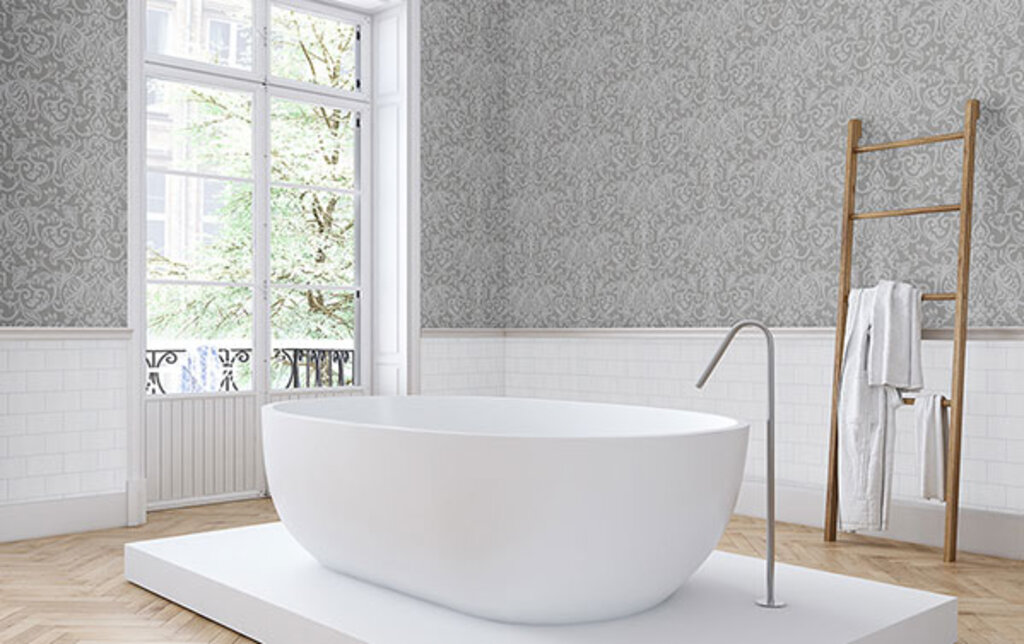 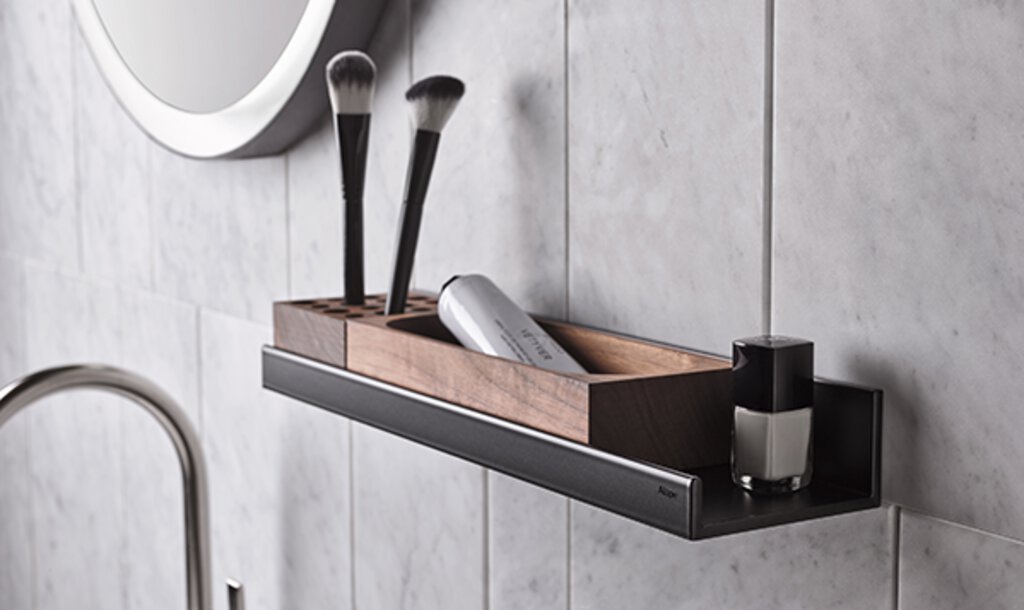 Assist by Alape: stylish assistant for the bathroom

Alape's Assist line is a complementary shelf system for the A˘form basin and washstand range and the matching A˘system furniture systems. 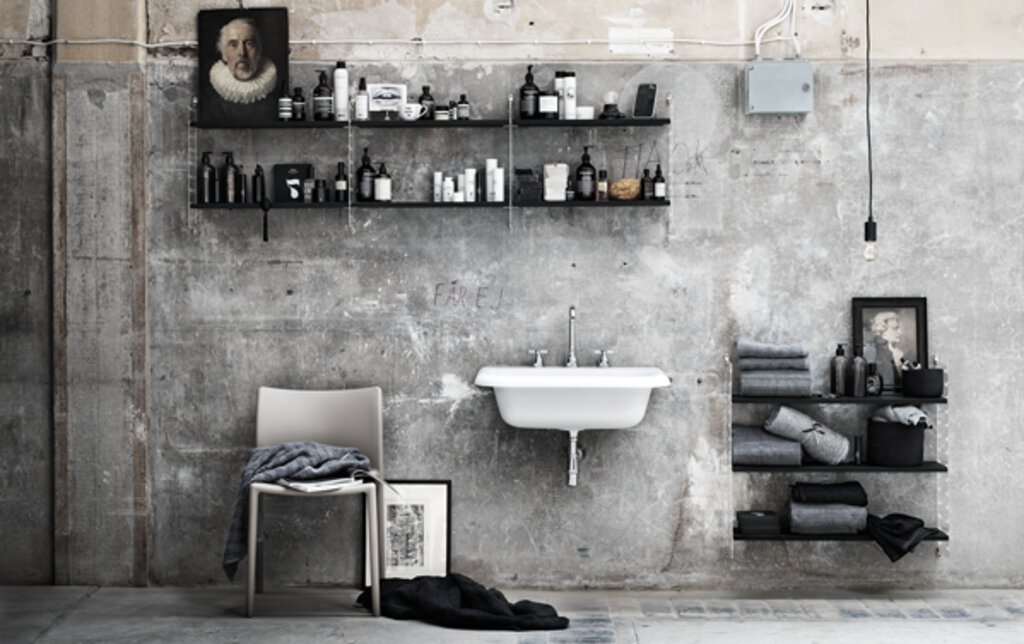 String: a highly versatile shelf also for the bathroom

The Swedish manufacturer String Furniture presents with its String System a shelving solution that adapts easily to individual needs. Moreover, it shows that black is beautiful – even in the bathroom.