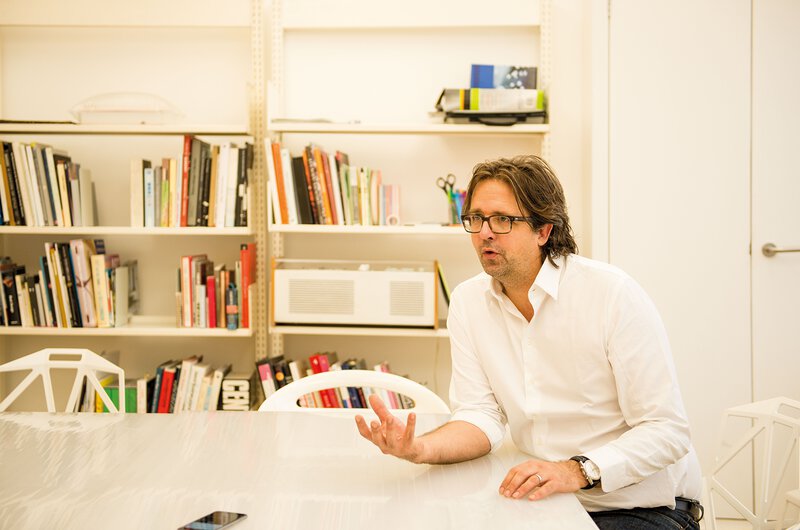 Interview Christoph Behling: "The shower toilet is a sort of unfavoured child."

The genial designer, Christoph Behling, London-based by choice, was born in 1970 in Switzerland, grew up in Düsseldorf and went to art school in Stuttgart, where he was an “apprentice“ of Richard Sapper. In 1998 Behling went to London and was senior designer for Ross Lovegrove before becoming studio manager (1999–2003). In 2004 he established the Christoph Behling Design Studio and SolarLab Research & Design. In the same year he started as chief designer with the Swiss watch specialist, TAG Heuer. Since 2006 he has been designing bathroom products for the sanitary specialist, Geberit. In the interview, Christoph Behling talks about sustainability, economic principles and the new shower toilet of Geberit. 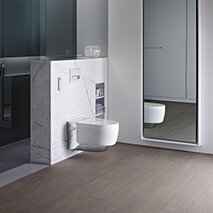 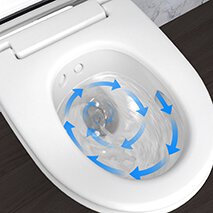 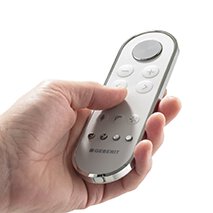 You campaign for sustainable products. As a designer though you are reliant on ever-faster revolving product life-cycles. Where do you stand on the "evil" world of consumerism?

First of all, we need to realise that we are not victims of this world of consumerism. The "evil" companies aren't the problem; we are. We have products today that at one time my grandmother would have had repaired over and over again. But today seventy percent of the products we junk are dumped simply because they are unfashionable and aesthetically out-of-date. That's our fault. We should be honest – and either carry on as is shamefacedly and ignore the problem, or look for solutions instead. We need to work together with companies to find new, albeit perhaps also complicated ways, whereby they can continue to keep their employees in work whilst at the same time developing concepts for long-lived products which are not dependent on constantly introducing new generations of products.

The real problem seems to be that a repair is rarely cheaper, indeed sometimes more expensive, than a complete new product.

But does it really have to be this way? High-value items could benefit from other solutions, such as modular approaches. Entire cars are flogged off or scrapped simply because a new model has firstly a more stylish exterior design and secondly a beautiful new interior, which in the old one is already perhaps looking a bit tired. At the same time, the cost of fitting out the interior of a high-quality mid-range car, in relation to the overall product cost, is next to nothing – 900 Euros perhaps. That's plastic scrap.

But if the auto-industry suddenly adopted partial renewal, that would rock half of our economy...

Glorifying the old is sentimental. And sentimentality gets in the way of any progress. So long as the current economic principle continues to exist, we need to find a new way to create value. But it’s about time we changed our ways. And that has nothing to do with eco-romanticism. For me it's a question of mathematics.

How is the cooperation with Geberit progressing?

It began with the toilet flush plate. At the time, Geberit just had the standard white flush plate. My suggestion was quite mundane: Most bathrooms are a combination of white and chrome. I wanted to make something elegant with the flush plate, something which really matches the environment which we are creating – the world of bathroom fittings and the world of amazing design. And suddenly this whole segment became very successful for Geberit because from the moment the stylish chrome plate came to market, no one wanted the all-white plate any more. As a result, this small part of the market completely changed, as did the competitors.

To many your long-term relationship with Geberit certainly seems to represent a break with your old glamorous yachting image. What keeps you in the sanitary sector?

It isn’t so much about the relationship with the sector, more with the customers. For me, the thing just clicked immediately. There was one of the largest firms in the sanitary sector but no one really knows them, even though they are three times larger than other, better-known brands. My experience was one of a deeply modest company. Sometimes companies develop their corporate ethics from their own moral standards and Geberit have standards which clearly lift them above other companies. They want to always be perfect and the notion of longevity has high significance for them. Geberit grants a 20-year replacement guarantee. That alone changes the whole company image, because it means that anyone working on a new product is aiming to ensure that it will last for at least twenty years. Ultimately, no one wants an enormous spare parts depot. After all, no one wants an enormous spare parts depot. That also commits the designers, because it would be catastrophic for them to see their product consigned to the waste paper bin on account of the designer's narcissism. They don't talk about it much at Geberit, but many of their products are ecologically really fantastic.

One of your latest products is a shower toilet. Is that really significant?

Obviously, a shower toilet is rather unsexy as a product. But that's precisely why I like it. I begged for the shower toilet. I spent a long time in Japan and had a shower toilet. And I still believe that anyone who has had one in their home for one or two months, would hate to give it up, because without it you feel dirty. You would probably not leave the house in the morning without having showered. This is exactly the feeling you develop with a shower toilet. It is a sort of unfavoured child – no one loves it and people don't want to talk about it. But it's my job as a designer to see that my enthusiasm for the subject is reflected in the product and that people come to terms with it.

And what can designers contribute to such a technically complex product?

As a designer, I'm not only responsible for the look, but also work on the ergonomics of a product with the Geberit team. For example: it's annoying if the toilet is so loud that it wakes up other members of the family. Apart from that, as the designer, I want to develop an ecological toilet, one which works using little water. Anyone can make a toilet which cleans brilliantly, but is loud in the process and uses lots of water. Of course, toilets can also be constructed which get by with little water and flush quietly – but which probably don't clean particularly well. Both variants exist in one form or another. Mera however is uncompromising. It rinses more thoroughly and at the same time is quieter and even uses less water. 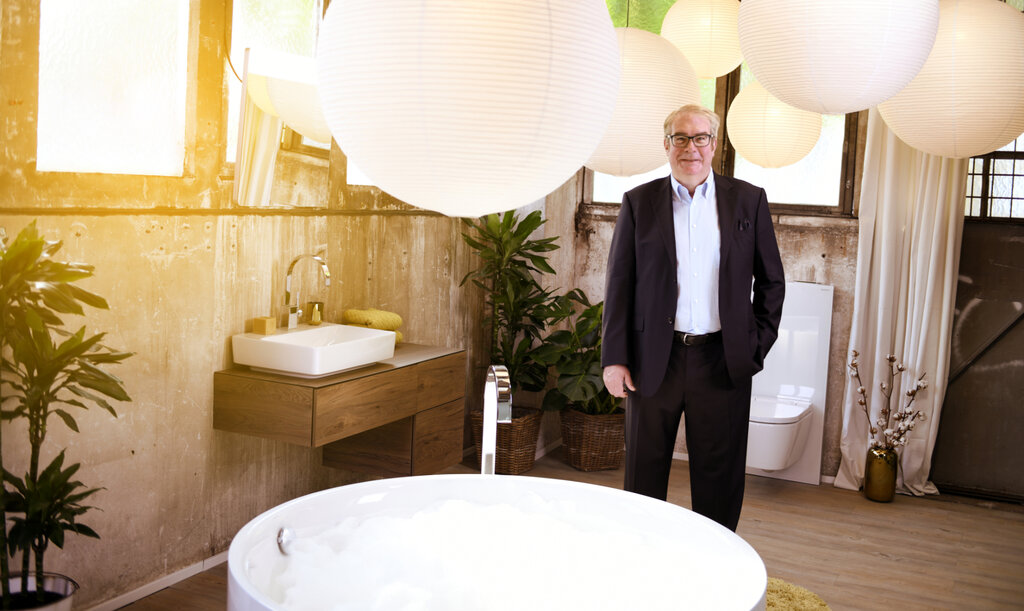 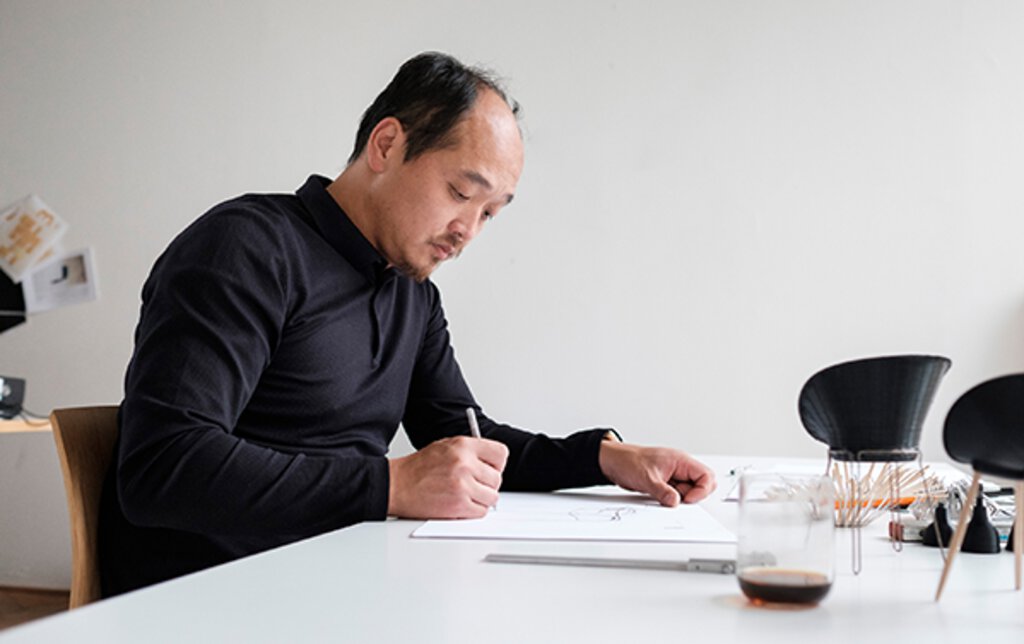 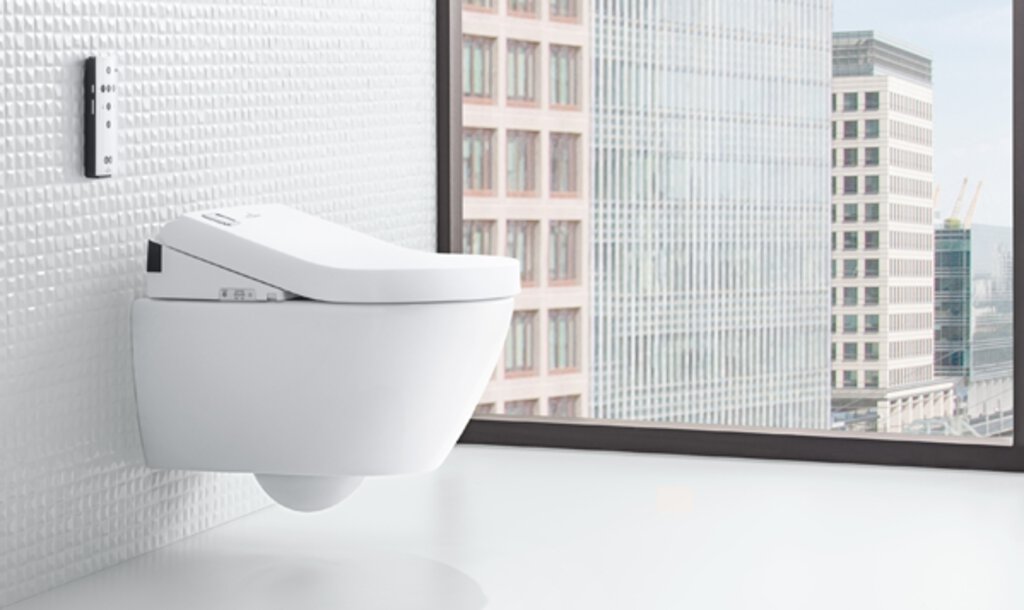