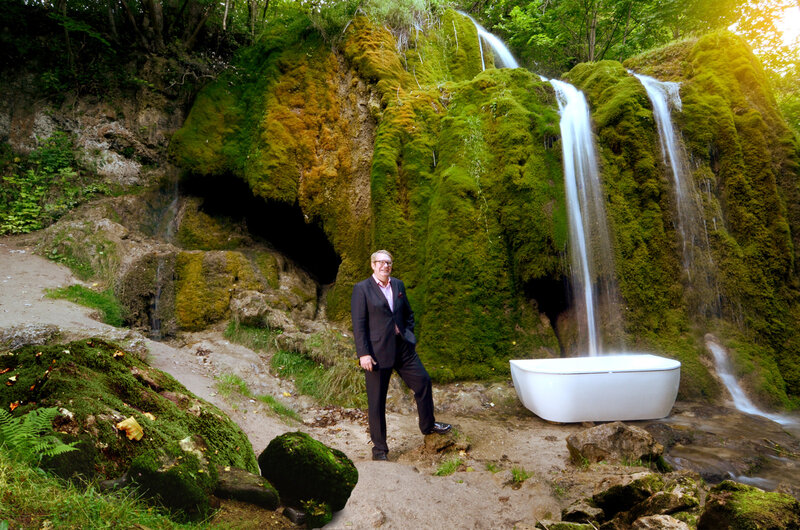 Interview Jens Wischmann Part III: “We want to continue the discourse about trends and developments throughout the entire year.”

In the sanitary industry, there's no need to keep reinventing the

wheel. Basically, it's the old, traditional materials, functions and craft smanship that are being adapted to today's demands thanks to state-of-the-art technology. Ceramic and water are teaming up with glass, wood and modern plastics to create feel-good-all-round spaces with snugger designs and equipment that is more individually configurable and programmable than ever before. In part III of the interview Jens Wischmann talks about the importance of the bathroom, the involvement of bathroom planners and neighbouring sectors. And he gives a view into the future of Pop up my Bathroom. 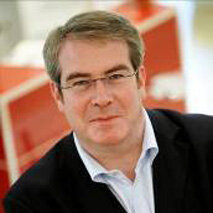 Jens Wischmann is Managing Director of the Association of the German Sanitary Industry (VDS) as well as Managing Director of the Bonn-based Gesellschaft zur Förderung der Sanitärwirtschaft mbH. Since becoming head of the umbrella association for German companies in the bathroom and sanitary sector in 2001, he has been representing members' joint interests by raising public awareness of the bathroom as living space. Before taking up this position, Wischmann was assistant to the governing body and the executive board at the Zentralverband Sanitär Heizung Klima (ZVSHK) in St. Augustin. Prior to that, he worked as a lawyer in the law firm of Prof. Dr. Hümmerich & Partners in Bonn. Jens Wischmann was born in Reinbek, Schleswig Holstein in 1966. After a period in the army, he went on to study jurisprudence, German and economics. Wischmann earned his Executive MBA at Kellogg-WHU/Otto Beisheim School of Management, Vallendar.

Have the three trends yielded any additional insights? What does the future look like in the bathroom?

Besides the top themes of "age-appropriate bathroom planning", "ecology" and "digitisation", we've come to realise that the bathroom will also be taking on greater importance within the canon of the home. That's a social development that is being driven by various factors. The hectic pace of the times we live in, the need to recharge our batteries, the desire for retreat, meditation and self-realisation – all those things are turning the bathroom into the universal nerve centre of the home. And in this important space, we no longer want to live with floor to- ceiling moss-green tiles, we want to spend more time in there. There's huge renovation potential that's just waiting to be activated. Our industry holds the reins in its own hands. And with products like flush-fitting shower trays, shower toilets, cosy bathroom furniture, modern fittings systems or innovative materials, we have no shortage of stories to tell.

Which of the future scenarios described in Pop up my Bathroom do you think points the way ahead?

I don't know if you could say it points the way ahead, but I don't think anybody has ever called attention to the fact that there's a growing need for shared experiences in the bathroom. Everywhere you look, there are nice pictures of blissful hours spent alone in the bath tub, at the very most maybe pictures of a couple in the tub as well. We've shown that too, of course. But the fact that the daily routine can also be a valuable ritual between friends or family members and deserves an appropriate setting, a setting that turns communicative togetherness in the bathroom into a pleasure, that's something which is usually neglected. But we're convinced that, in our modern, usually hectic lifestyle, which also entails a higher risk of mutual alienation, it's precisely this aspect that's becoming increasingly important. On the other hand, what I found the most fascinating was the idea that designing the interface between humans and technology will play a bigger role in the bathroom than anywhere else in the house. Just as designers used to dream of an ergonomic shape for the washbasin, we dream of the bathroom as a sensuous user interface – a feel-good machine of the kind that comes across in the Bathroom (R)Evolution trend, that knows our wants and needs and satisfies them at the wave of a hand. And all that in the place where we're at our most vulnerable – when we're naked.

If the bathroom is becoming more and more important, why is the average bathroom still so small?

You're quite right, that's something we still need to work on. That remains a challenge for architects, even though they are meanwhile focusing on the bathroom more strongly in their plans than they used to. We're also observing that, with new builds, the bathroom is being increasingly better equipped, because it's quite oft en the bathroom that's the decisive factor when it comes to the purchase decision. It's no coincidence that, in recent years, Messe Frankfurt has increasingly been addressing planners and architects in order to communicate this semantic shift to all the market players involved.

You had an appearance with Pop up my Bathroom at the ISH again. What was different this time?

In fact we have expanded our presence. The three trends were set up and visualised in Hall 3.0. We also wanted to stimulate an exchange of ideas about these developments there, and we had installed a Pop up my Bathroom studio as a kind of forum for information and discussion with numerous workshops, presentations, interesting lectures and panel discussions in order to encourage people to share their experiences. We see this forum as a communication platform for planners, architects and of course ambitious bathroom designers. It was focused on sharing specialist knowledge – we had themes like "a holistic approach to bathroom planning", "lighting in the bathroom" or "barrier-free bathroom design", for instance.

Can that be interpreted as an attempt toforge an alliance with neighbouring sectors?

If our sector wants to tackle the theme of "holistic bathroom planning", we need to have a knowledge of neighbouring areas like walls, tiles, flooring or acoustics as well. At the ISH 2013, visitors could for instance get new ideas and suggestions for such things at the special "wall + floor" show. I see that as another key step on the way to holistic bathroom planning.

Where does Pop up my Bathroom go from here?

We want to continue the discourse about trends and developments throughout the entire year, not just during the ISH. That's why, since mid- 2012, we've been expanding the Pop up my Bathroom online platform. It provides lots of interesting information about trends, innovative materials and products, as well as a wealth of ideas and suggestions. We hope it will result in a genuine dialogue, or facilitate a genuine dialogue. The Facebook page of the same name serves the same purpose.

How do you actually gauge the success of all these measures? After all, it's not as if you can simply point to the sales figures…

It's always difficult to claim authorship. But when it comes to themes like Private Spa, "Technesse" in the bathroom or Easy Bathroom, I believe that, with Pop up my Bathroom, the VDS has played a definitive role in terms of influencing terminology and style. It has enabled us to have an impact on the debate. Some of the terms we've coined have been picked up on by the industry and have even made their way into the sector's everyday vocabulary. If you measure success in terms of public awareness of our themes you can see that, with this production, we've featured in media that had previously given our industry very little consideration. Photos and materials have found their way into furniture magazines, design magazines, architectural magazines and even the yellow press. That's one of the key successes of Pop up my Bathroom: it has enabled us to penetrate areas that we hadn't focussed on before. At the end of the day, the bathroom off rs people and the media a lot more points of contact than they generally assume.

Part I and Part II of the interview you can read here.